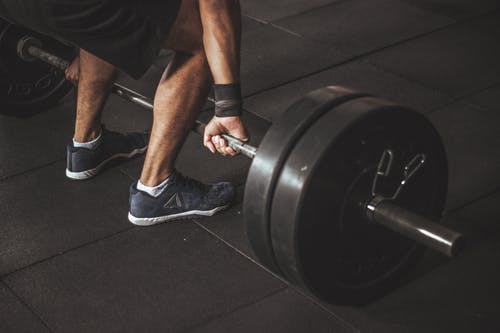 When you saw the title, you thought about wrestling, weightlifting, and powerlifting. If yes, then you are right. The strongest men in the world belong to powerlifting.

Here we will tell you the top 4 strongest man in the world ever.

Louis Cyr-Strongest man in the world:

Louis Cyr was born in Canada on 10 October 1863. Cyr was born different from others as his body size was huge. Louis was a real giant. The weight of Cry was 365 pounds while height was 5 ft and 8.5 inches.

The most impressive acts were lifting 242 kg weight with one finger, lifting a rock and taking it to the shoulders at 17 years of age that was 514 pounds, weightlifting of 273 pounds, and lifting a platform of 1967 kg on the back.

They also have lifted 860 kg weight with both hands.

The cyr was died in 1912s due to inflammation in the kidneys.

Brian Shaw is 6 ft 8 in tall while 200 kg in weight. Brian Shaw has their website where you can buy shirts and shorts which you can wear for weightlifting or a workout.

Brian Shaw is a strength athlete since October 2005. He joined the Denver Strongest Man contest and got succeeded. Brian Shaw holds the position of the strongest man in the world for 2011, 2013, 2015, and 2016.

Brian Shaw has also a YouTube channel with 1.69 million subscribers where he uploads training videos.

The biggest record of his life is the weightlifting of 619 kg.

Zydrunas Savickas is also considered the strongest man due to a huge amount of their award-winning.

Zydrunas was born in 1975.  At the age of 17, they started their career as a powerlifter. Like Brain Shaw, they also had a YouTube channel where he teaches the youth about powerlifting and diet.

The biggest record throughout the life of Zydrunas Savickas was the deadlifting of 1,155 pounds (523 kg).

An important notable act throughout his life is that he loses the game for some time but never gives up. Their life gives us a lesson to “Try Try again until you succeed”.

Bill started his career in 1986. Bill has been trained by Brad Rheingans Verne Gagne. Bill Kazmaier has declared as the strongest man in the world for 1980, 1981, and 1982.

The biggest record of Bill Kazmaier was a deadlift of 415 kg. Bill also has won a car lift of 1159 kg and a cement block lift with a weight of 440 kg.

You may also like: Tallest person in the world