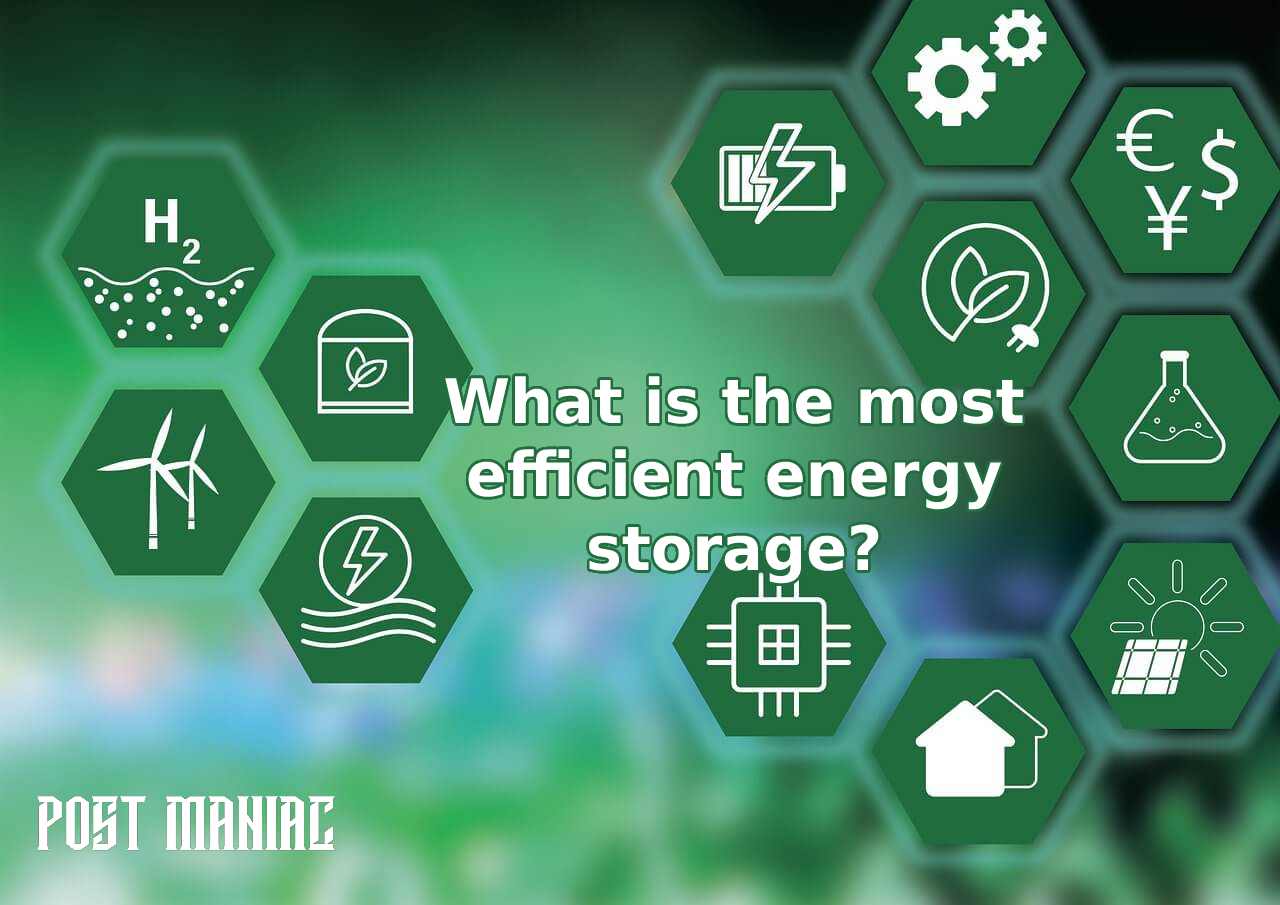 Energy storage is the ability to store energy for later use. To do this, you have to find a way to store energy from one form and transfer it to another form. You might have a car, a boat, or even a diesel generator that can keep the lights on. But sometimes, you need to store electricity for a while to use when there’s no electricity handy.

Renewable energy storage sources like solar power and wind power are intermittent — that is, the sun doesn’t always shine, and the wind doesn’t always blow. That means you need some way to store energy when conditions are favorable so you can use it when they’re not like in batteries. Batteries are the key to storing energy, and they work by converting chemical fuels into electrical energy. Batteries come in many shapes and sizes, but they all do the same thing — store energy from a source and release it later as electricity.

As you would expect, batteries have different characteristics that make one better for some uses than others. For example, batteries for electric cars have a low energy density, which means they don’t store much power per unit volume. This makes them suitable for driving long distances on a single charge but not great for powering an entire home or office.

The cheapest energy storage uses water to store energy, converting it from electricity and back again. This requires a large lake (or other cheap storage) at a high elevation, with a turbine and generator on the way down. You can pump water uphill at low rates for extended periods (days or weeks) or in bursts if you have enough hydroelectric reservoirs to provide a fast ramp up as well as long-term storage. This can be done with dams and pumped hydro systems (the same technology as conventional hydro, but without needing a natural topography).

Compressed air energy storage systems get their name from their method of storing excess electrical power in the form of compressed air until it’s needed. At this point, the high-pressure air is released and used as an energy source to produce electricity or mechanical work such as driving machinery or running vehicles. It works well (though less precisely than pumped hydro).

You mine an enormous cavern in the ground and run your turbines downhill on the way out and compress air uphill on the way in, similar efficiency to pumped hydro. The compressed air is heated using natural gas, which expands the air and allows it to spin a turbine. The efficiency of this system depends on how the air is heated. If it’s done using waste heat from power plants, efficiency can be as high as 75%.

Thermal energy storage systems are built with materials capable of absorbing large amounts of heat energy. These systems can store heat indefinitely by heating rocks, liquid salt, or other material. The heat generated from solar power can transfer this heat to molten salt (which has a high heat capacity). The molten salt could then be used to generate steam used in a turbine to create electricity. Molten salt retains its heat for up to 24 hours.

Supercapacitors also called ultracapacitors or double-layer capacitors, store energy in an electric field. They are not suitable for storing energy for any period. However, they are very good at providing energy very quickly, which is excellent for regenerative braking systems being built into vehicles.

It can charge and discharge rapidly and survive being completely drained over 300,000 times without damage — that’s about ten times longer than a lithium-ion battery.

Flywheels are suitable for short-term energy storage but not for long-term storage. They could be another option for renewable storage in the future. They work by spinning a heavy disc at high speed, using the kinetic energy of rotation to generate electricity when needed.

Also read : What is meta verse

There are a tremendous number of exciting options out there – hydrogen, battery-electric, and hybrid electric vehicles that take advantage of regenerative braking. It’s somewhat bewildering as there are so many choices. But one thing is for certain. The efficiency of new storage technologies will only increase with time. So enjoy the ride, relax, and look forward to a future in which we aren’t limited to fossil fuels for power!