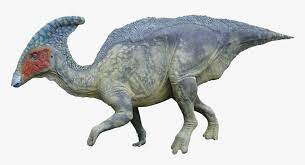 The duck billed dinosaur was first lived in the Late Cretaceous before 86 to 66 million years ago. They were killed in the dinosaur extinction event which is known as Cretaceous tertiary extinction. They had lived on our Earth for a short period (20 million years).

They were herbivores and had a large duck-like mouth. A duck billed dinosaur is termed a “Hadrosaurid”.

A Duck Billed dinosaur is recently found in Japan in the 2019s where the researchers reported that the skeleton of the largest ever dinosaur has been found which is a hadrosaur. The skeleton was found on the island of Hokkaido, Japan.

The fossils were moved towards Japan’s Museum of Nature and Human Activities. Before Museum, the skeleton was studied by Japan an international team of researchers from Southern Methodist University.

After research, SMU researcher said in a press release:

Hadrosaurids are classified into two different types. One is Hollow-Crested Lambeosaurinae and the other is Non-Crested Saurolophinae. Their fossils have been found in North America, South America, Asia, and Europe.

All of the Hadrosaurids were very tall. The fossils of the dinosaur found in Japan are considered to be 30ft long.

Following are 8 species of Hollow-Crested Hadrosaurids that have been discovered:

Charonosaurus was a very large duck billed dinosaur. The estimated height of the hadrosaur is 33ft long. They had a hollow crest. Charonosaurus is one of the largest hadrosaur founded in Asia. It was first found in China and its fossils are placed in Heilongjiang, China.

Corythosaurus had lived 77 million years ago. Its skull looks like a helmet. They had lived in North America. Its estimated height is 30 ft. Corythosaurus is counted incomplete specimen of duck billed dinosaurs and other types of dinosaurs.

Lambeosaurus was a high, domed head crested dinosaur. This duck billed dinosaur had lived around 75-76 million years ago. Its meaning is “Lambe’s Lizard”. Lambeosaurus relayed on low-lying vegetation. The name of this dinosaur has changed many times but now, lambeosaurine is its name yet.

An amazing fact about the lambeosaurine duck billed dinosaur is that he replaced his teeth throughout its lifetime. Corythosaurus is closely related to lambeosaurine.

Pararhabdodon is one of the last non-avian dinosaurs known from the fossil records that extinct during the extinction event. This duck billed dinosaur was not too much tall. The fossils were found in Spain.

Parasaurolophus was the smallest Hadrosaur and had a curved crest more than others. Parasaurolophus looks like an adornment. It had a thick tail. Its tail had been worked as a weapon against predators.

Following are the non-crested hadrosaurids:

Hope you have understood about the family of duck billed dinosaurs (Hadrosaurids).

Also Read: What dinosaur has 500 teeth

Did Dinosaurs Have Feathers?