There are many Elements and Metals with heavy density, most of them are higher density and volume according to their characteristics. In this blog, we’ll cover the Densest Elements on Earth and the symbols used in the Periodic Table.

Have you ever been thinking about the most dense element which has the highest density or mass per unit volume?

While Osmium is the only element that has a heavy weight and high density as compared to other elements.

What is Dense Element?

The densest element found naturally on the Earth is Osmium. It is a very rare element found in 1803 by Smithson Tennant William Hyde Wollaston in London, England. The discovery of Osmium is convoluted with platinum and other metals of the platinum groups. Osmium is the densest naturally occurring element, when scientists experiment on it by using X-rays crystallography they found its density of 22.59 g/cm^3.

So, let us talk about the heaviest metal on the earth which is Osmium its density is measured in the laboratory by using X-rays we found it as 22.59 g/cm^3. In the periodic table of chemical elements, Osmium is in the 8th group under the atomic number 76. At computation for having the highest density  of all the  metals, another one  of Osmium’s characteristic in its color as it is pronounced Bluish tinge.

With an amazing example, if we compared it with a drop of iridium, we can easily observe the blue color of the droplet of osmium, which has a weighted 1 gram but on the other hand, iridium takes the second place of the highest density metals and it has pretty close enough at the density of it.

And you may also notice the small size of the droplet of Osmium with a weight of 1 gram. If we compared Osmium density with other metals like iridium, cobalt, lead, iron, magnesium, and sodium whose density is almost the same the mass of each of them is equal to one gram.

The density of the Osmium heaviest and densest element/metal is approximately 22.587 g/cm^3. Now if we talk about physical properties, Osmium is very fragile and at the same time a fairly hard metal, the hardness of which on the Mohs scale is comparable to quartz because of this property it is mostly used in pointers and fountain pens. However, due to its hardness and fragile Osmium is effectively a very bad choice for processing. With single Crystals of the metal Osmium we made different beautiful designs that have a very pronounced grain structure. These crystals were obtained by the method of gas transport and have high extremely high purity.

These crystals have very few practical applications, though you can obtain very pure compounds of Osmium from them. Nowadays, Osmium is used to produce mainly as a byproduct from the production of either copper or nickel.

Is that osmium rare metal?

Let’s explore this term with amazing and informative facts, this metal(Osmium) is one of the rarest, there are about 50 parts of osmium per trillion parts of the Earth’s Crust. According to some data, osmium is considered to be the rarest Non-Radioactive metal on Earth.

Some of the metals that has high density and heavy elements shown in the table below:

As we know the Densest Element in the periodic table is osmium and different density charts therefore whose density of the metal is high is usually known as a dense element.

Is there any metal denser than Osmium?

Yes, but at room temperature and a pressure above 2.98 Gp, iridium is denser than osmium, with a density of 22.75 grams per cubic centimeter. After osmium, having an atomic weight of 192.21 iridium is considered the 2nd densest known metal.

At the modest temperature and pressure of Earth’s surface, the densest known material is the metallic element osmium.  Even Osmium is full of solecism, however, in the form of electron clouds that separate the dense atomic nuclei. Pure Osmium is now rarely used because of its high cost and even then only in the form of powder, for instance for experimental research.

By the way, it’s quite interesting that in the early missions of the space shuttle, they had spectrometers that used mirrors coated with Osmium as the metal reflects ultraviolet radiation 2 times better than gold.

Most Dense and hardest metal

There are several parameters for classifying metals  in the term of hardness, chromium (687-6500 MPa) is the hardest known metal on the Planet. It should not be confused with tungsten, which has the highest tensile strength of any element.

Tungsten in its pure form is generally brittle and can shatter on impact.

In the end, we can say that this rare metal osmium, despite its unique high density, is still not as common in applications. The main reason is the toxicity of its tetroxide, and then the high price.

Osmium is a chemical element with the symbol (OS), atomic number 76, it is a hard shining, and bluish-white transition metal that is found as a trace element in alloys mostly in platinum ores. Osmium has a melting point of 3033 degrees Celsius and a boiling point of 5012 degrees Celsius.

And it is nearly 23 times as dense as water, it is estimated to be about 0.6 parts per billion in the Universe and it is the rarest precious metal.

Nowadays osmium is obtained primarily from the processing of platinum and nickel ores manufacturers use alloys made of platinum, iridium, and other platinum group metals to make tipping electrical contacts and in other applications that require extreme durability and Hardness.Hoping, you shall all like this research and comment on it more and more. 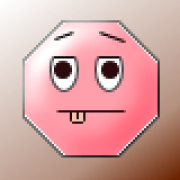 5 Benefits of Cold Calling for Businesses