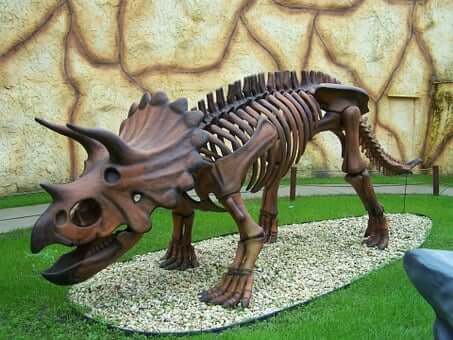 If you are thinking that you know pretty much about dinosaurs, then this is a good thing but you could get a chance to learn about something new in this article.

Almost all type of dinosaurs died in the Cretaceous-Paleogene extinction event but some species of dinosaur was alive. These species survived with the environment and grew their generations. The dinosaurs like Tyrannosaurus, Stegosaurus, Triceratops, Velociraptor, and Apatosaurus were extinct 65 million years ago.

Thankfully, most of the horrible and dangerous species of dinosaur died in the event but there are some species of the era of dinosaur who lives on Earth even today.

When did some people ask experts that are dinosaurs still alive? They said that they are still alive as a matter of fact they lived like an animal that evolved from them.

Now, don’t let you start searching the dinosaurs around you because they have transformed their shapes according to the experts. You will not find the Triceratops, Stegosaurus, Tyrannosaurus, or other types of dinosaurs that have extinct 65 million years ago.

So, in which forms do they live? In what shapes they are transformed? Avian Dinosaurs are alive today. They were saved from the extinction event. All non-avian dinosaurs were extinct.

Birds are known as Avian Dinosaurs. Birds are also known as “Aves” so they are called avian dinosaurs. They are supposed to be the last theropods group who survived the extinction event. Another species that is supposed to be evolved is a chicken because chicken is closely related to Tyrannosaurus.

Scientists have found so many similarities between dinosaurs and birds. They found bird-like fossils of the dinosaur’s era. Birds don’t look like dinosaurs but a deep glance could open so many possibilities that the birds are so much similar to the dinosaurs.

Now there comes a big question which is Can scientists reverse-engineer a chicken? Scientists are working to make it possible by turning on the right genes. Could it be possible or not, only time can tell.

In the 1940s, H. Douglas Brown build a concrete plastic brontosaurus. There was a cave known as “Cave of Mystery” whose entrance was covered by brontosaurus’s tail. Visitors had to pay an amount to enter the cave.

The neighbors were unhappy with the building of the dinosaur and they ask brown to stop the building as it is not legal at all. The dino remained unfinished.  Here the location was named as “Dinosaur caves park” from the Dinosaur and the caves.

What dinosaur has 500 teeth?

You can also experience disaster that destroyed the dinosaurs:

I hope you have enjoyed the article.

4-Legged Dinosaur with Spikes on Back – Stegosaurus