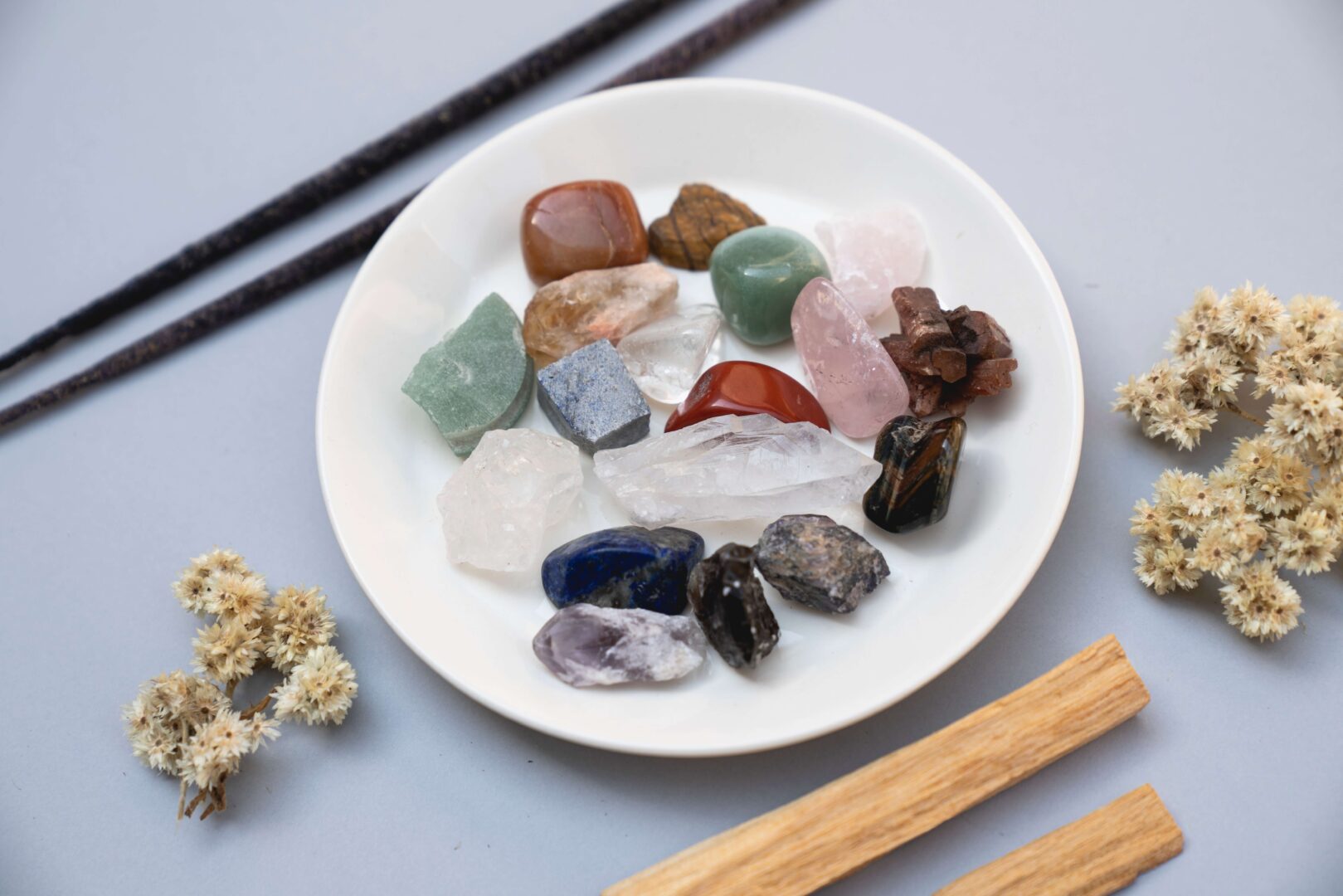 Crystals are a tool used in religious rituals, believed to confer health benefits upon those that use them. The health benefits that crystal advocates claim to enjoy are both physical and mental, from pain relief to a reduction in the symptoms of anxiety and depression.

You don’t have to be an experienced spiritualist to use crystals for healing purposes, although it’s a good idea to conduct a little research about them first so that you know what to expect. This post will make researching easy for you by offering a detailed explanation of the science and history behind crystal healing: 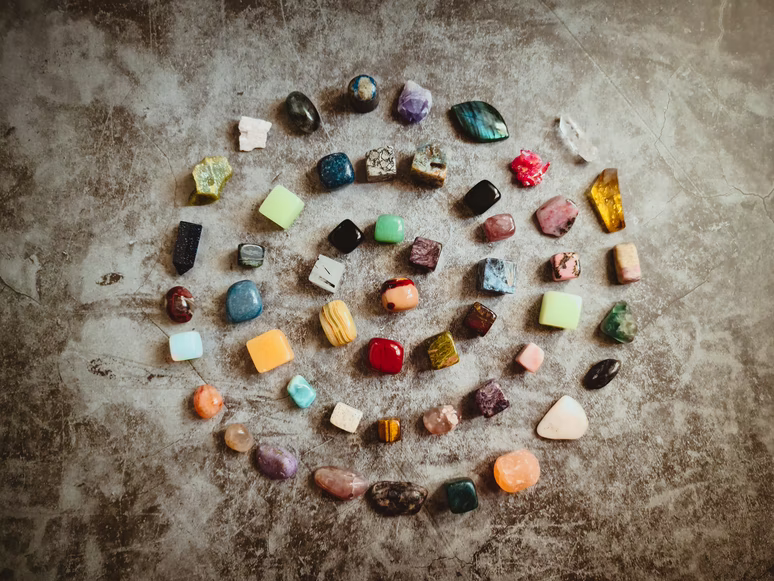 The history of crystal healing goes back thousands of years and has been adopted and used by many religions. Precious stones were most commonly used in pagan religions to create amulets and talismans, which were believed to have magical properties. Pagans weren’t the only ones to use crystals, however. 11th century Christians claimed that agate could help to control the weather.

The earliest society to use crystals for magical healing purposes (that historians are aware of) is Ancient Sumer. The ancient Sumerians used lapis lazuli, turquoise, emerald, clear quartz, and carnelian in jewelry and religious rites. Amulets were also carved for the graves of the deceased, out of the same stones. The Egyptians also used precious stones, although cosmetically. Greeks too used precious stones, attributing powers to them. Many of the names of precious stones today come from Ancient Greece. Precious stones were also used in China. Jade is one stone that was very significant to the ancient Chinese.

Spiritual practitioners believe that specific stones have specific properties. Some stones have more than one property though, for example, there are several different red jasper healing properties, which include physical and mental healing. At this time, there is no hard scientific evidence to prove that crystals have healing properties. However, scientists do say that it is entirely possible for crystals to have an indirect psychological benefit. It’s claimed by many scientists that the stones themselves have no use, and what users actually experience is the placebo effect.

However, despite scientists shutting down claims that crystals can heal people, very few scientific studies have been conducted on the subject. Scientists are therefore making claims that aren’t backed up with evidence. The testimonies of thousands of people who have benefitted from the use of healing crystals should surely mean more than the opinion of scientists who have not performed any research.

If you intend on using crystals to treat your health problems, then it’s a very good idea to simultaneously seek out actual medical treatment for your issues. Because there hasn’t been a lot of scientific research into crystal stones, you shouldn’t put your health on the line using them exclusively. Many spiritual practitioners say that the use of crystals in combination with traditional pharmaceutical treatments can help you to recover a lot faster. When buying crystals to treat health conditions, you also need to make sure that you are buying genuine ones and not fakes. You won’t benefit from using fakes. There are a lot of fakes being sold online, unfortunately.

If you are going to use healing stones, then it’s a good idea to first research the different types, and what their uses are. If you don’t research stones, then you won’t know which stone does what, and how they can be used to help you. It’s important that you know exactly what you want to treat before you buy stones. This is so that you can buy the stone that’s right for your health condition. Some popular stones are: 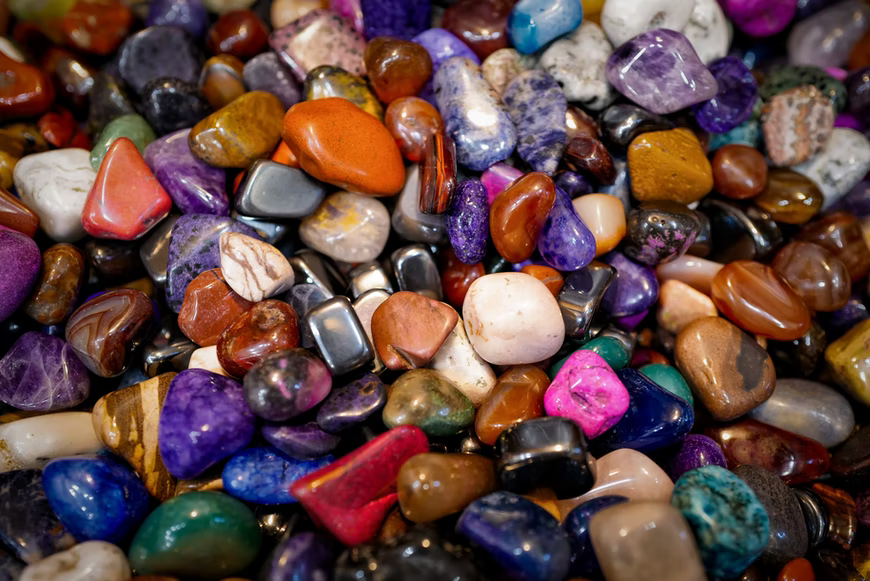 Rose quartz is another type of quartz, although this stone is used less for physical healing and more for emotional healing. This is because rose quartz is believed to radiate love. Using it can help you to calm down, harmonize, and heal yourself emotionally. It’s commonly used by people to treat stress disorders, as well as depression and anxiety. It’s supposed to be very effective in recovering from a harsh breakup. It can also be used to improve sleep. Experts claim that if you put rose quartz underneath your bed, it can aid in more peaceful, uninterrupted sleep.

Sapphire is a stone that’s both incredibly beautiful and powerful. Because of sapphire’s high desirability in commercial jewelry, it can be difficult finding this stone for a reasonable price. If you have a little money set aside for investment in stones, however, then it’s a very good idea to purchase sapphire. Sapphire’s most often used to treat mental illness, particularly depression. Many regard sapphire to be the ‘wisdom stone’ – meaning that it helps to gain insight into their lives and behavior. Users of sapphire say that the best way to benefit from it is to buy a ring or necklace that contains it and then carry it around.

Amethyst is a beautiful purple stone with some really amazing health benefits. People that use amethyst in religious rituals and spiritual practice say that the stone has the power to enhance the human immune system, improve endocrine function, and regulate hormones, including those that are responsible for depression. Users of amethyst also say that the stone helps them to improve their complexion and the clearness of their skin. Amethyst is a very inexpensive stone; it can is also widely available. Watch out for fakes, as already mentioned.

If you are planning on using healing stones, then you need to research them first. Until you know what each stone’s purpose is, you won’t be able to use them effectively. In addition to knowing what their purpose is, you should also research how to use them, so that you can get the most out of their use.

Top 5 Most Expensive Gold Pokemon cards in the world

Further Your Education With These Useful Tips

Exclusive Compensation Management Tips and Strategies From the Pros 2022

The Power of Writing in Education: How Writing Can Help You Grow and Learn

How can an MBA course boost your career?