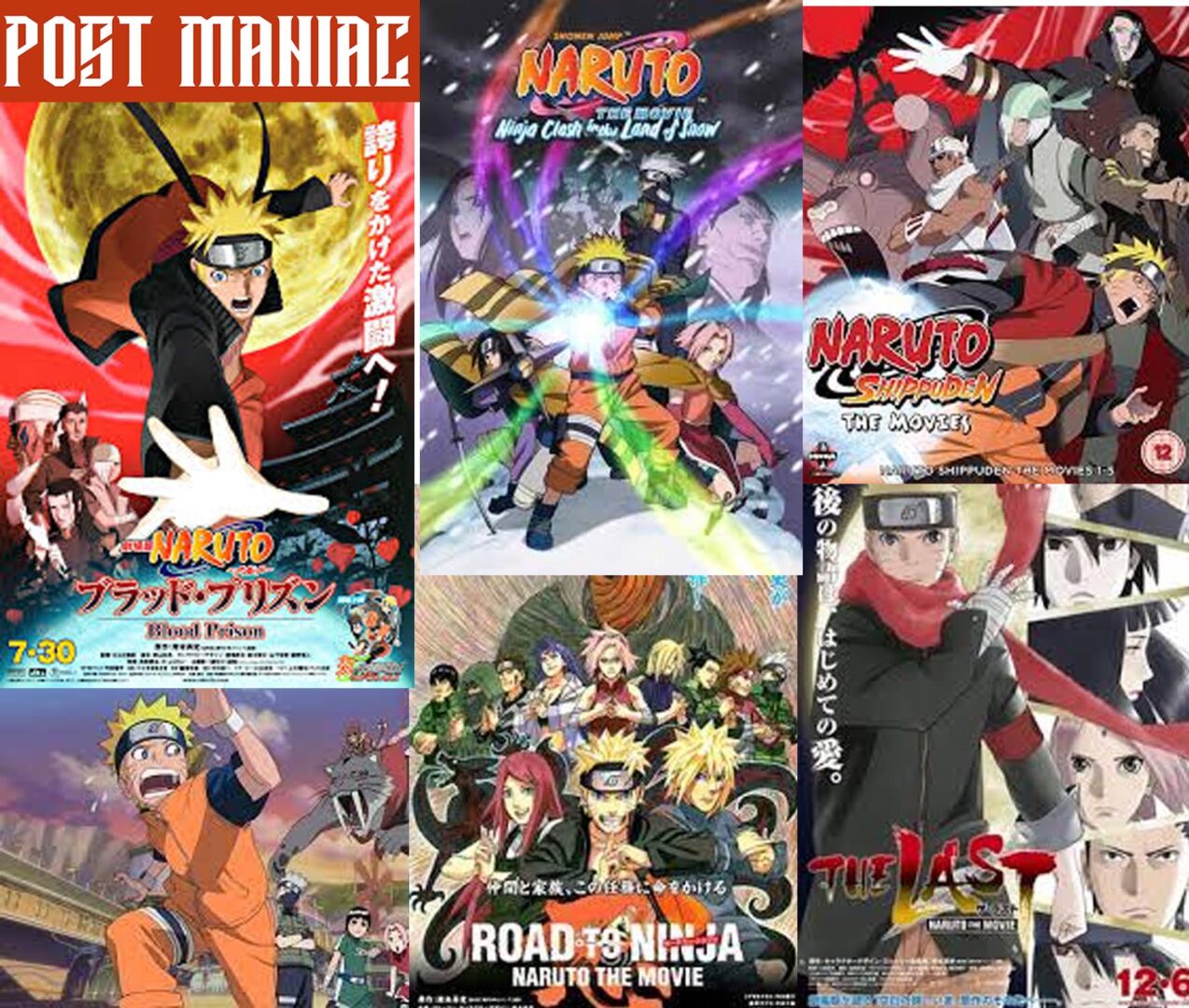 Naruto Movies in Order-Naruto is the best anime in Japanese anime history. Naruto’s story revolves around “Naruto Uzumaki” (the main character) which is a ninja who dreams of becoming a Hokage. Masashi Kishimoto illustrated and wrote these manga series.

Here is also a “Naruto chronological order” of watching movies.

The movies according to Naruto chronological order are given below:

The last comes after episode 479 and its name is “Naruto The Movie”.

Here you can watch the trailer of The last:

Now here is the introduction of all Naruto movies in order.

Ninja Clash in The Land of Snow:

Legend of The Stone of Gelel:

This film is set after episode 147. The movie was released in Japan on August 6, 2005. This animated film is written by Hirotsugu Kawasaki and Yuka Miyata.

Three eponymous ninjas Naruto, Shikamaru, and Sakura want to stop the evil forces from possessing the powerful stone for evil purposes. If you want to know that will they be able to stop evil forces or not? Then watch the movie.

Guardians of The Crescent Moon Kingdom:

It is the last part of the movie series “Naruto The Movie”. The movie was released on April 25, 2007. In this movie, the opening and ending credits from episodes 197 to 199 can be seen. The film was released on Cartoon Network in November 2008.

Naruto Shippuden movie-bonds was released on August 2, 2008. In this movie, Naruto Uzumaki and his rival, Sasuke Uchiha who puts the odds besides to help his old comrade to save the world. Enemy ninjas attacked Hidden leaf village, Amaru came to warn them.

Eponymous ninjas protect the boy and figure out the reason for the destruction of the village.

The Will of Fire:

This movie was released on August 1st, 2009. The will of fire means recurring elements in Naruto anime. Will of fires occupies the entire village as a large family unit. In this film, Naruto and Sakura save their leaders of Squad 7. The symbol of the will of fire indicates the curse of the puppet.

The lost tower movie was released in 2010 in Japan. This part is very interesting to watch because Naruto fights alongside Minato but he doesn’t know that Minato is his father. Naruto is sent back 20 years ago before he was born.

The last movie was released in Japan on December 6, 2014. This is the final part of the Naruto film series. This final part reveals the love story of Naruto. It takes place after episode 493. Naruto goes on a mission, which is to stop the falling moon. This movie reveals the romantic relationship between Naruto and Hinata.

Naruto’s team rescues Hinata’s sister from Toneri Otsutsuki (who wishes to marry Hinata). You must watch the last if you have seen any of them because this part is most important as it includes a final conflict.