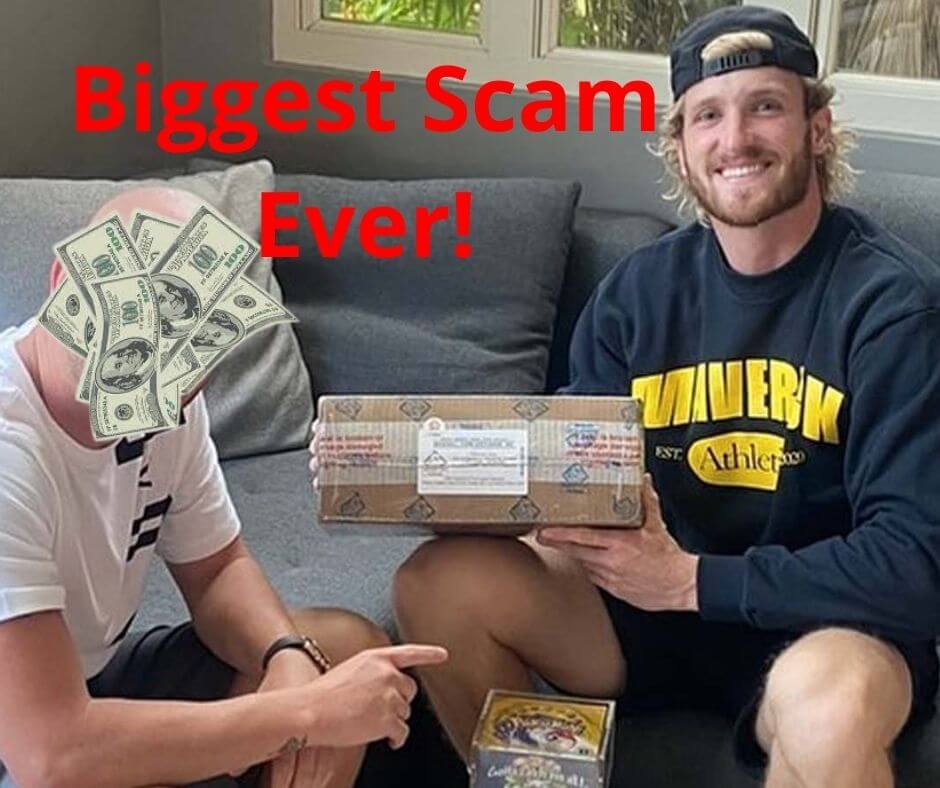 The news spread like fire in the woods. Everybody is now talking on social media platforms about the Logan Paul Pokemon card.

As we know, Pokémon is one of the best cartoons in the world. Pokémon has released so many cards having worth from $5 to millions of dollars. Having a rare Pokémon card is very difficult as well as very special.

The card lovers or card collectors collect Pokémon cards (Hard Copy) because of their hobby or for the rareness of these cards.

Logan Paul is a famous YouTuber and boxer. Logan Paul net worth is very high as compared to other YouTubers. Logan Paul first started posting shorts on Vine and then he became a well-known public figure.

Logan Paul also uploads vlogs on his YouTube channel. Recently, he posted a video of Logan Paul Pokemon card that went fake in which he tells that he bought a Pokémon card of first edition box which went fake inside.

The box was looking like a Pokemon cards box but the inside was full of trash. The video was uploaded on Jan 14, 2022, and got 3.2 million views in 24 hours.

History of the box:

When the box arrived, Logan Paul posted the photos of the box saying this is the box of Pokémon cards of first edition having $3.5 million worth.

Logan Paul has said in his video that nobody has spent so much worth on these Pokémon cards ever and this is reality. Logan Paul is the first person to pay $3.5 million worth on Pokémon cards that went fake.

Matt bought the Pokémon cards case with $2.7 million worth and then he sold it to Logan Paul for $3.5 million.

They became friends and Paul started trusting him. They also made a deal that Matt will refund him if things went wrong.

Unboxing of the Sealed box:

The unboxing began! The owner of the BBC started the unboxing of the sealed box. When he removed the seal and looks inside, then “Oh my God”, everybody there said because the inside was the Pokémon card box with Pokémon’s logo.

This was the first sign of its reality. But, when they opened it more, then a sad wave spread in the room. Alas! The small boxes in the sealed box were fake.

The owner of BBC authenticated that these are fake. Logan Paul was looking very sad at that moment because losing so much wealth on fake cards is not so easy to face. Logan Paul pokemon card went fake.

But the story doesn’t end here! When they opened the small boxes of having Pokémon paintings on them, they found Gi Joe cards in them.

Logan Paul pokemon card box was full of  Gi Joe sports trading cards. The worst part was not the authentication of his fakeness, the worst part was the Gi Joe cards instead of the first edition of Pokémon cards.

Closing the topic, the conclusions are following.

You can also watch the vlog of Logan Paul here:

Logan Paul pokemon card went fake. Hope the Pokémon community will be alert from these frauds and hope this will not happen again to any person in the future.