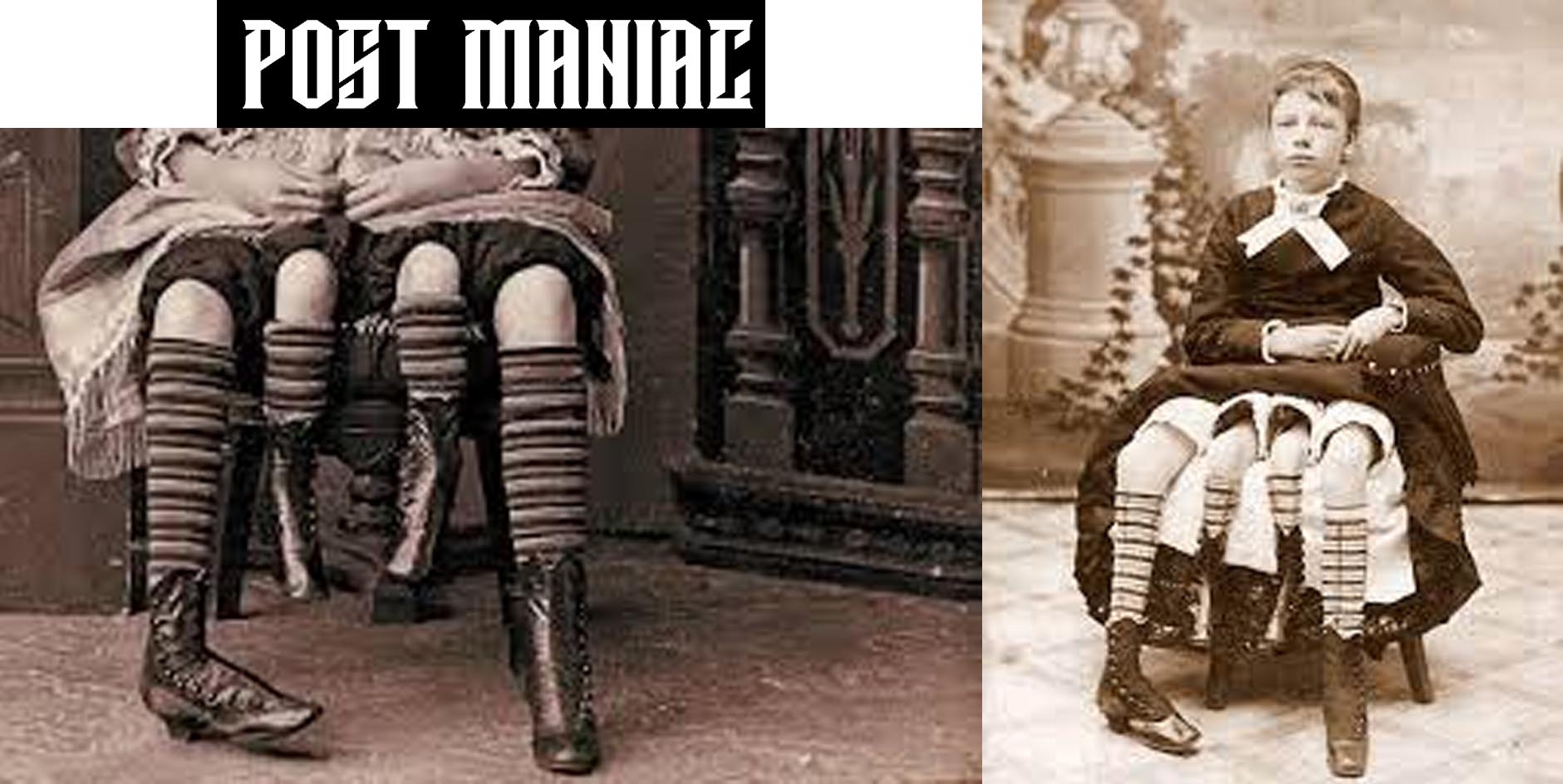 Josephine Myrtle Corbin was an unbelievable lady with an unnatural birth. Her unnatural body figure gave him so much popularity all around the world. Although her body was unnatural she was still healthy.

She could move her inner two legs (abnormal legs) but she could not walk with these two legs. Her inner legs were small and also weak which cause a problem if walking on those legs.

Dipygus is a severe type of birth defect which is also known as Congenital Deformity. It could be of two types. The first one is shape disorder in which problems occur with the body shape. The second is a functional disorder that deals with the problem in working of body parts.

In Dipygus, the body axis forks right and left pathway along the torso with the pelvic and legs are duplicated. It is caused by genetic or teratogenic factors. Josephine Myrtle Corbin was a famous dipygus.

Although Josephine Myrtle was born with severe dipygus her abnormal appearance didn’t affect her beauty. Myrtle had auburn hair, blue eyes, and a fair complexion. She was 1.5m high. She was attractive through face, healthy, and could perform household duties.

Josephine Myrtle Corbin used her two outer legs for walking. She was able to move her inner two legs but unable to walk from them. Her right foot was curved in an inward direction which cause some problems in walking.

Josephine was married to James Clinton Bicknell at the age of 19. After one year of their marriage, myrtle became pregnant for the first time. James was born on 23 December 1868. They were married on 12 June 1886. Bicknell died on 14 Feb 1946 at the age of 77 in Texas, United States.

Myrtle had four daughters and one son with Bicknell.

You can watch the pictures of Corbin in this video:

When Myrtle became pregnant for the first time, he felt pain in her left side, fever, a decreased appetite, and headache. Dr. Lewis Whaley was the doctor who discovered her condition. The doctors noticed that she had continuous vomiting and amenorrhoea for two months.

Whaley Discovered two reproductive systems of Myrtle. He noticed a duplicate of external sexual organs mirrored by a similar internally. Myrtle was pregnant in her left uterus. When the doctor told her that she is pregnant. Myrtle replied in disbelief:

This answer determined the intercourse on the right side.

Myrtle was suffering from a skin infection known as “Streptococcal”. She died on May 6, 1928, in Texas. Her casket was covered with a concrete sheet to protect her corpse from robbers. Many private collectors offered financial compensations for getting her corpse.

Josephine was the only human with severe dipygus around the world. There are too many abnormal people facing the world and living a hard life but Corbin was luckily a happy girl. She was abnormal but still healthy and wealthy. Her career was in the sideshow exhibition.