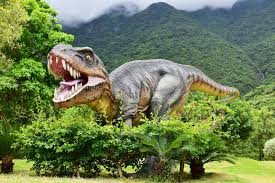 Dinosaurs had extinct 66 million years ago. Although some species of dinosaurs survived the extinction event like snakes, sea turtles, ostriches, crocodiles, and especially birds, etc. but most of the dinosaurs have extinct.

If you want to know about the species that survived or relatives of dinosaurs, then click on the link below:

So, let’s start with some well-known dinosaurs and so on.

Below are the 10 most known dinosaurs found in China.

Bellusaurus is one of the most popular dinosaurs found in China. Bellusaurus was from the family of sauropods. Yes, the bellusaurus were also long-necked and big dinosaurs like other sauropods. Its meaning is Beautiful-Lizard because of its beautiful lizard-like structure.

Dong Zhiming was a Chinese Paleontologist who found the fossils of Bellusaurus in 1990. Fossils were found in Shishugou Formation rocks in northeastern Juggar Basin, China.

Microraptor had lived 125-122 million years ago. They had moved on two feet. They were theropods. They eat other insects and dinosaurs.  From our list of dinosaurs found in China, this was a feathered dinosaur. Although it was no bigger it can run fast and also could be capable of flying with the help of its feathers, founded on all four limbs.

The fossils were found by Chinese Paleontologists Xu, Zhou, and Wang in 2000.

Omeisaurus had lived 159-169 million years ago in the Mid Jurassic. They were also from the family of sauropods like bellusaurus. Omeisaurus was a herbivore who ate low shrubby ferns and seed ferns. They had considered it to be 20 meters long.

Omeisaurus are from the dinosaurs found in China whose fossils were discovered by Shaximiao Formation in 1939. Since the discovery was near the mountain Omeishan, Young gave the name Omeisaurus to this dinosaur.

Protoceratops means, “first horned-face”. Protoceratops were herbivores. Protoceratops are also from the dinosaurs found in China. Protoceratops moved on 4 legs like sauropods. Protoceratops had lived 74-70 million years ago. The fossils were discovered in Mongolia, China, and were named by Ganger and Gregory. They had a bony neck frill used to protect themselves from predators.

They had strong teeth and Jaws that were only used to chew plants.

Sinraptor was a theropod who used to walk on two feet. From other dinosaurs found in China, Sinraptor is a dinosaur whose complete fossils have been found. They had lived 169 to 142 million years ago. Their length is considered to be 7.6m.

The first fossils were found in Chinese deserts in 1987 and named by Gao in 1192.

Are Dinosaurs Reptiles? Reptile vs Dinosaur